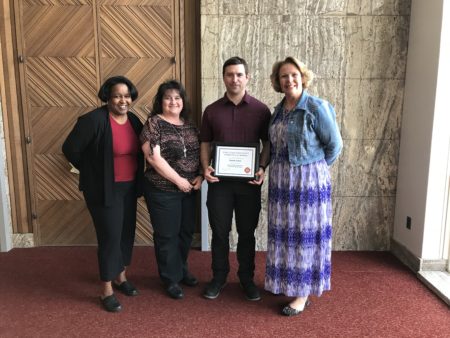 CTLT staff member Dennis Culver is the recipient of the 2018 College of Human Sciences Professional and Scientific Early Achievement in Administration Award.This award is granted to an individual who has “demonstrated innovative, creative or original ways to accomplish job responsibilities and effect positive change, has established a pattern of reliability and responsibility in performing job duties, has made an effort toward continual personal and professional development, has exhibited service to their department or unit and the College of Human Sciences, fosters a spirit of cooperation and has strong interpersonal relationships with fellow employees, exhibits potential for future contributions to their department or unit, the College of Human Sciences, Iowa State University, and/or the community.” The award citations for Dennis and the other awardees can be read here. 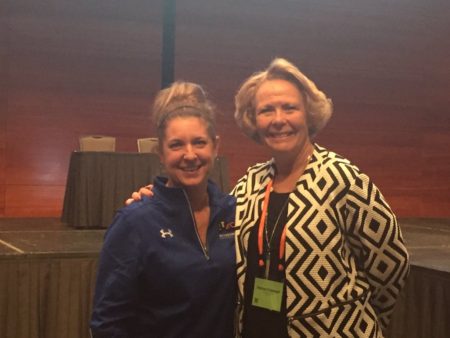 Dr. Denise Crawford, Associate Professor in the School of Education and Director of CTLT, and alumna Stacy Behmer, Coordinator of Digital Learning at Grand Wood AEA, received the ISTE Making IT Happen Award at the Iowa Technology and Education Connection (ITEC) Conference held in Des Moines, IA on October 15-17, 2017 at the Iowa Events Center. This award recognizes outstanding educators and their commitment, leadership, courage, and persistence in improving digital learning opportunities for students. 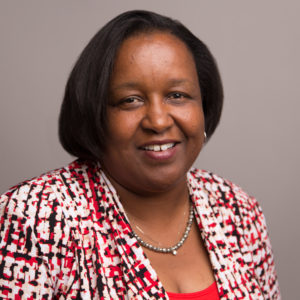 Connie Hargrave has been inducted into the Iowa African American Hall of Fame, which recognizes the outstanding achievements of African Americans who have enhanced the quality of life for all Iowans. For the past 11 years, Hargrave served as director of Science Bound, which prepares ethnic minority students for degrees and careers in STEM fields. She and three other inductees were recognized at a reception and banquet at 5 p.m. on Sept. 16, 2017 at the Holiday Inn Hotel Des Moines Airport and Conference Center. See photos from the event and the official press release.

Tera Lawson, CTLT Program Coordinator, was awarded the Professional and Scientific Excellence Award on Monday, Sept. 25 in the Memorial Union Great Hall as part of the university’s annual award ceremony. This award recognizes contributions made by a P&S staff member within and beyond the university and career progress demonstrated by accomplishments at Iowa State. Read more

END_OF_DOCUMENT_TOKEN_TO_BE_REPLACED 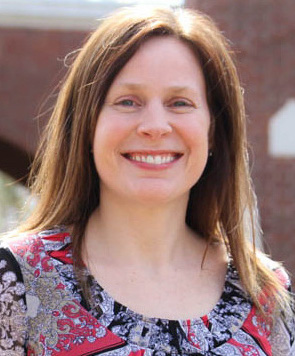 Dr. Larysa Nadolny gave a well received keynote lecture at the 2016 Society for Information Technology in Teacher Education (SITE) Conference in Savannah, Georgia. Titled “Epic Win: Designing for Success with Game-based Learning,” Dr. Nadolny shared her experience with designing and teaching in game-based learning environments and offered practical steps for other educators to start their own game-based courses.